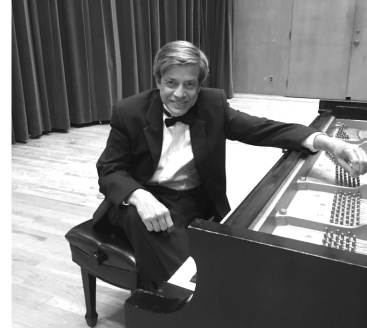 With such reviews as “poetic” and “passionate”, pianist Harsha Abeyaratne has given solo recitals at esteemed venues St. Martin’s in the Fields in London, England and Carnegie Hall (Weil Recital Hall) in New York. He has also given performances in Lanzhou, China; Colombo, Sri Lanka; and at the Interharmony International Festival in Arcidosso, Italy. An equally dedicated collaborative pianist, Abeyaratne has performed with internationally recognized artists George Wolfe and Randy Sabein, among others. In this collaborative medium, he has played works by contemporary composers such as Hindemith, Creston, Fink, Tower, Gweneth Walker, Ewazen, Desenclos, and Glazunov. Abeyaratne’s recent recitals at Muskingum University in New Concord, Ohio (2019 and 2020) included: Selections of Granados’s “Goyescas”; Beethoven’s “Appassionata” and “Moonlight” Sonatas; and Liszt’s “Three Petrarch Sonnets.”

Abeyaratne has performed Rachmaninoff’s “First Piano Concerto” with the Colombo Symphony Orchestra (in Sri Lanka); Rachmaninoff’s “Second Piano Concerto” with the Southeastern Ohio Symphony Orchestra, and Gershwin’s “Rhapsody in Blue” with the Muskingum Valley Symphonic Winds. As a chamber musician, he performed on several occasions as a member of the Alato Trio. In December of 2018, he released his CD entitled, “Grateful”, featuring popular piano solo works by Mozart, Liszt, Brahms, and Dello Joio.

Originally from Sri Lanka, Abeyaratne has given recitals at several universities in the US, namely Ohio State University, Ohio University, Jacksonville University, Marshall University, Indiana University of Pennsylvania, and Temple University. In demand as an adjudicator in Ohio, he has judged the OhioMTA/Graves Piano Competition and OhioMTA/Buckeye Auditions, both highly respected competitions. In addition, he is a recipient of the 2010 Ball State University School of Music Alumni Achievement Citation Award and several faculty grant awards from Muskingum, which have enabled him to perform in New York, China, and Italy.

Abeyaratne is an Associate Professor at Muskingum University, where he teaches piano, music theory, and aural skills; presents an annual solo recital;  and collaborates with his colleagues as well as students at their senior recitals. This Spring (2021), he is serving as the Interim Chair of the Music Department. Prior to Muskingum, he served the respective keyboard departments of Manchester College and Marshall University. He has degrees from Lewis and Clark College (BA, BSc) and Ball State University (MM, DAMus) where he studied, respectively, with the late Ann Miller and Robert Palmer. He has also worked with Peter Takacs at the Oberlin Conservatory. Some of his interests outside of classical music include jazz, tennis, and NBA basketball.